While his overall future remains uncertain, what is almost certain is that Harry Kane will play in the Premier League next season. The England striker ultimately did well at Euro 2020, scoring crucial goals for the Three Lions.

His forays into the EPL were as frequent as usual with 23 goals and 14 assists, making him the Golden Boot again. Kane will be looking to break the barrier of 40 contribution goals for the next campaign. If Manchester City manage to acquire Kane’s services, the likelihood of him becoming the league’s top scorer will of course skyrocket.

Still, even staying at Spurs doesn’t necessarily limit his chances either. Time and time again he has proven to be their peerless player and, with the exception of Heung-min Son, the only real threat to the opposition’s goal with so many resources through him. Another season rich in goals surely awaits you.

While Liverpool were unable to mount a respectable title defense, their star man Mohamed Salah did his best to coach the Reds to Champions League places and ultimately succeeded. Finishing behind the aforementioned Kane with just one goal, his 22 goals had to offset the lack of form of the often injured Sadio Mane, Roberto Firmino and Diogo Jota.

Salah and Liverpool seem to go hand in hand, but questions about the Egyptian’s future have stuck with the likes of PSG bound with a possible move. Still, the noise has died down and Jurgen Klopp will expect his talisman to give all he has to this campaign again after refusing to allow him to join the Olympic team. Wanting him in good shape and speeding up the start from the first day of the match.

Salah has recorded half as many assists in 20/21 as in 19/20, a possible sign that his style is moving more along the goal spectrum. Another great season with the return of some key Liverpool teammates could boost their numbers significantly.

10 goals and suddenly Edinson Cavani is a candidate for the Golden Shoe? Quite simply, yes. Cavani has signed a new one-year contract with Manchester United after an exceptional season after making his way into Ole Gunnar Solskjaer’s side.

26 games played but just over 1300 minutes in the Premier League. Cavani has proven to be vital for Man Utd, especially in the Europa League where he has scored 6 goals in 5 knockout games.

With a focus on being a starting striker from the start, Cavani, now flanked by the creative mastery of Jadon Sancho, is a real contender for the distinction.

Aston Villa could still be a dark horse for the new season. After going to great lengths to keep a European place behind, Dean Smith adds quality to ensure they can compete and go the distance.

Ollie Watkins has now completed his first season in the top flight and with an excellent return of 14 goals. With Villa adding Emi Buendia, one of Europe’s luckiest creators, Watkins will receive even more ammo to attack opposition goals.

Leon Bailey has also come in to replace some of the creative spark that Jack Grealish has now brought to Manchester City. But even without Grealish Emi Buendia, Bailey, Bertrand Traoré and Anwar El Ghazi should give enough support to Villa No.9.

Definitely the riskiest choice on the list for picking the striker for a promoted team. However, Ivan Toney was frankly a goal machine with Brentford.

The 25-year-old will be pushing for a call-up in England ahead of the World Cup in 2022. This step towards England’s top flight is what the Toney compound has been relishing for so long to prove that this is the level where he can make it. .

31 league goals last season will certainly give him a solid foundation to attack the Premier League with an exciting Brentford side.

His abilities in so many different situations, be it on the ground, in the air and in set pieces, make Toney such a difficult player to score in the game. If he can get a few early strikes, it could propel him to a brilliant first season.

This article was edited by
Josh barker. 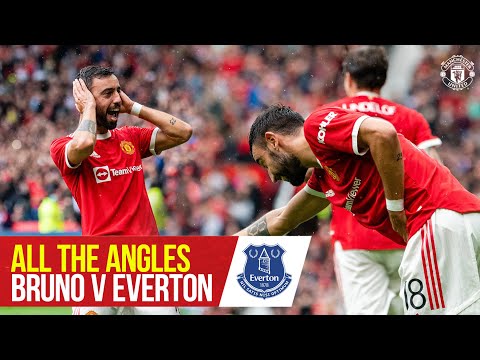 Enjoy all angles of Bruno Fernandes’ fantastic free-kick against Everton, as the Reds… 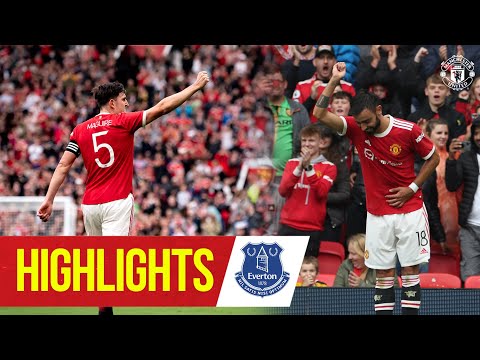